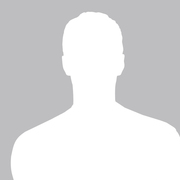 lieber Platz 4 sichern (u.a. durch einen Dosen Sieg)und dafür keine Chance auf Platz 3 zu haben, als die Chance auf Platz 3 zu haben und am Ende 5. werden.
#
Tranquilio 2019-04-02 01:06
I will be at Bangkok for the second leg on the 18th. However, with closure times as they are now, I don't know of any public location that will be open for sure and show the match from 2am to 4am.
#
Tranquilio 2019-04-02 00:27
Ich suche zwei SItzplatzkarten fuer Schalke. Wuerde die Karten im Grossraum Frankfurt abholen und bar zahlen.
#
UJUG 2019-02-27 23:23
Eintracht Frankfurt are the last German club standing in the UEFA Europa League, but Adi Hütter's men have good reason to believe they can keep the Bundesliga flag flying all the way to the final in Baku, Azerbaijan, in May.

Standing between them and the quarter-finals are Italian giants Inter Milan, but allow bundesliga.com to explain why it is anything but a David vs. Goliath tie, with five reasons why the Eagles will continue flying in Europe…

Don't just take our word for it – it is a fact! Frankfurt have scored 23 goals in the Europa League this season – more than any other club. With Luka Jovic the tournament's second-highest scorer with six, and Sebastien Haller just one behind on five, Hütter boasts some of the finest tools around for picking the lock to the last eight. Domestically, only four clubs in the whole of Europe have a three-man attack delivering more goals than Jovic, Haller and Ante Rebic, who have struck 32 times in the Bundesliga this season.

That company is quite illustrious too, with Paris Saint-Germain's Neymar-Edinson Cavani-Kylian Mbappe triumvirate, followed by Barcelona's Lionel Messi-Luis Suarez-Ousmane Dembele-inspired attack, and English clubs Liverpool and Manchester City. Italian clubs may be famed for the strength of their defences, but when you have such a potent front three, that is the least of Frankfurt's concerns.

With seven wins and one draw, the unbeaten Eagles boast the best record of any club in Europe this season. The only blot on their otherwise shiny white copybook was their 2-2 draw at Shakhtar Donetsk – where they led twice. They flexed their muscles in the return leg, though, with a 4-1 win completing a 6-3 aggregate triumph to ensure they remain Europe's form team, together with last season's beaten finalists Salzburg. Inter, on the other hand, were beaten by Tottenham Hotspur and Barcelona in the UEFA Champions League group stage.

When Niko Kovac defected to Bayern Munich after leading Frankfurt to DFB Cup glory last season, and one of their key individuals Kevin-Prince Boateng left the nest, there was no lack of concern that the Eagles had landed. In came Hütter, fresh from breaking FC Basel's eight-year dominance of Swiss football with Young Boys, for his first experience of German football after having also won the Austrian Bundesliga. Following elimination from the cup in the first round, Frankfurt were 15th after winning just one of their first five Bundesliga fixtures.

Fast-forward five months and Frankfurt are again knocking on the door of European football next season with a flowing brand of football that is earning them widespread acclaim, at home and in Europe. Hütter made a name for himself in Austria and Switzerland for this entertaining, attacking philosophy and, after the initial teething problems, Frankfurt are once again flying. Over in Milan, on the other hand, Luciano Spalletti continues to divide opinion and a recent blip in form saw doubts raised about his future at the Nerazzurri: stability vs. instability.

4) History on their side

Frankfurt have already proven this season that they can get the better of Serie A opposition, cruising to a 4-1 win at home to Lazio before beating Inter's league rivals 2-1 in their own Stadio Olimpico. Furthermore, they beat Napoli 1-0 home and away in the 1994/95 UEFA Cup, although they did then lose out to eventual finalists Juventus. That 3-0 defeat to the Bianconeri was, however, their one and only loss in six meetings with Serie A opposition, with four wins and a draw completing an impressive record against Italian sides. History, it would appear, is also on Frankfurt's side.

Contrary to appearance, Frankfurt's game is not purely about attacking and scoring goals. They also have a particularly solid defence – the fourth-meanest in the Bundesliga and the Europa League to be precise. Makoto Hasebe's transformation from midfielder to defensive lynchpin has given his career a new lease of life, while Martin Hinteregger, David Abraham and Evan N'Dicka have ensured only around a third of the goals Frankfurt's watertight rearguard have conceded this season have come down the middle, with the rest coming from wing play.

That will not be good news for Inter, who are heavily reliant on a single central striker in a 4-2-3-1 formation – Mauro Icardi up until when he was scrapped of the club captaincy earlier this month, and summer signing Lautaro Martinez since. Danny Da Costa will have no qualms about marking former Wolfsburg man Ivan Perisic or Matteo Politano either, having established himself as one of the brightest wing-backs in the division, and a candidate for national team duty.

So while there may have been a few sighs when Inter's name came out of the urn in Nyon, Frankfurt have no reason to fear the 2010 UEFA Champions League winners who, since then, have struggled to make headlines in Europe.

Oh, and did we forget to mention that Frankfurt are the best-supported club in Europe, with a vociferous 12th man travelling with them around Europe and set to make San Siro sound like the Commerzbank Arena?

Kommentare von Inter Fans:
Their defence looked very shaky against Shakhtar in their last Europa match so I expect goals from us.

Look to be honest, this will be big scoring game. Especially in Milan. Their defence is laughable at times in that video.

History on their side? We won this three times bitches.

yeah i couldn't stop myself from laughing when i read that. not to mention the champion leagues.

There are going to be around 13.500 away fans at the san siro to support Frankfurt by the way. It shows the importance of this game for them.

Part of that is because Bundesliga ticket prices are generally more affordable than you'll find in most places in Europe.

no matter what corner of the world I find myself in, I inevitably hear some tall-ass person speaking German

That 3-0 defeat to the Bianconeri was, however, their one and only loss in six meetings with Serie A opposition, with four wins and a draw completing an impressive record against Italian sides. History, it would appear, is also on Frankfurt's side.